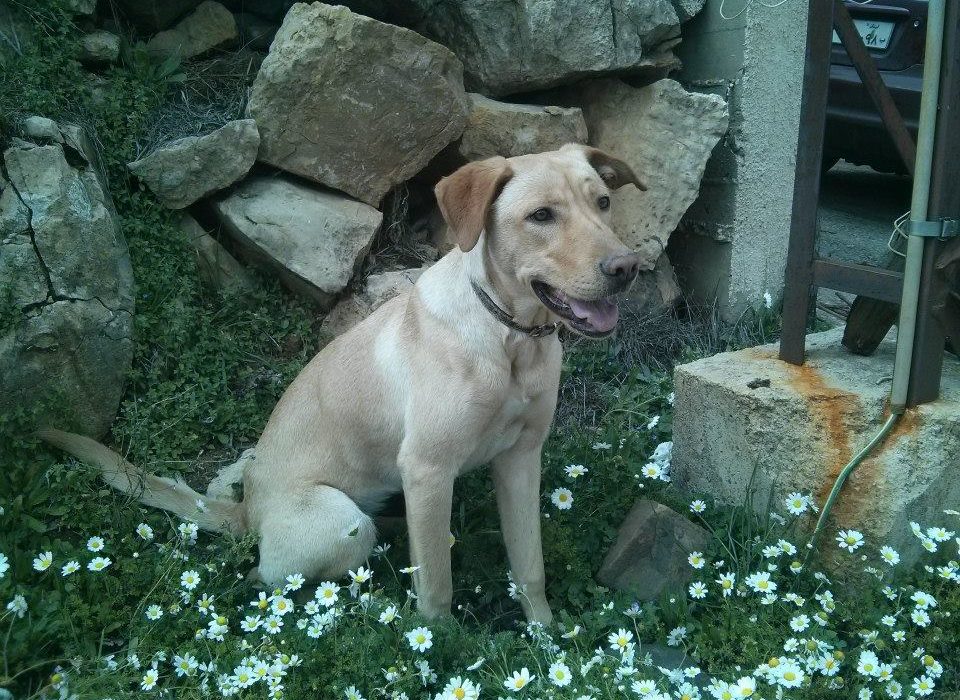 There are things that happen once and change your life forever.
A little soul with a big heart.

Let me introduce you to Brandie, my Brandie.

One day, my friend came over holding a little puppy.

Brandie’s name was a suggestion made earlier to the adoption by my sister.

I remember how tiny she was, wearing a red collar and exploring the unfamiliar surroundings.

Brandie was the kind of puppy you could keep hugging forever, but my fear of dogs kept me from holding her. I had feared she would bite me. 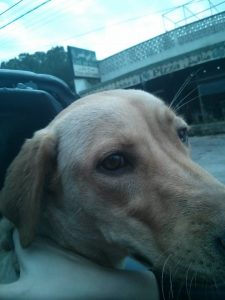 My friend would bring Brandie with her whenever our circle of friends planned an outing. Luckily enough, they loved Brandie being around.

As she grew older, she became more beautiful and energetic.

On her teething period, she would chew on anything and everything; the extent of her hyperactivity was unbelievable!

Months passed by and Brandie had metamorphosed into this splendid mixed Labrador.

I remember how she loved running, playing, and chasing cats. The more I went to visit her, the more my fear of dogs waned until finally my phobia had disappeared.

We used to bring her along car rides; everybody loved her, especially me. She was my gigantic little angel.

I still remember how she used to have this special spark in her eyes, her tail always dwindling and her tongue stuck out.

She was happy until, one day…

Her guardians (Yes, my friend’s family) threw her out of the house. Not only that, they let people hit her while she was homeless wandering directionless on the street.  I remember how they scolded her, even grudging me for loving her, defending her, and doing my best to find her a loving home after her banish.

The reason for her expulsion you might ask? “She never stops barking! The neighbors had enough!”

She never stops barking? Well I might guess the reason behind that.

During the whole year and a half that she spent in my friend’s household, she was tied outside. They placed her in a tiny corner behind the house, while she barked begging for water during the hot summer days.

Yes! She had gotten pregnant, but that was because they kept her captive for a whole month tied to a tree in the village without even caring if she felt cold.
She barked? She was entitled to do so because it was her only way to call on her guardians when she needed to pee, or when she needed to cuddle.
She fell sick often? Well it’s because they never bothered to take her to the vet. Not even did they give her a vaccine shot, fearing she would damage their car seats if they put her in their car. 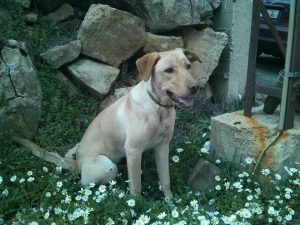 Didn’t they notice her fragile body before they abandoned her? She was skin and bones, miserable, and weak.

After Brandie delivered her pups, they gave them for adoption. I wonder however, why didn’t they do the same for Brandie herself? Why the inhumane attitude?

How could they even justify their actions with her barking?

They just couldn’t understand her language. If they just showed her some love, I’m sure none of it would have happened.

They should’ve asked themselves what she needed. Maybe she needed a little hug, or maybe she was in pain.

I’ve been looking for Brandie for about a year now, and I will never stop.

I’ll never forget the day she slept on my lap in the car, the way she wiggled her tail whenever she saw me, her first birthday celebration, her first period, he first pregnancy, her little puppies, and how much she loved chewing on my converse.

I also still remember the last time I laid eyes on her. She was so weak; trying to break the door and get out of that dirty room they put her in with her puppies.

Brandie taught me how much we need animals around; she taught me that love can be unconditional and pure. She opened my eyes to the cruelty of humans towards animals. Most importantly, she taught me the strength to fight for animal rights.

I wish she is somewhere safe now, and I hope fate reunites us someday. At least to say goodbye, give her a farewell hug and share a last moment with her.