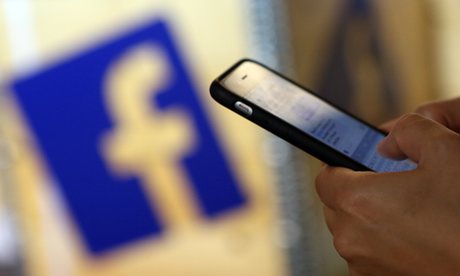 Facebook has previously announced read time feature, in June 2015, shortly after the launch of Instant Articles. The feature was an algorithm update that’s takes into account duration spent reading posts and articles:

“For example, you may scroll quickly through your News Feed and like a photo of your friend’s graduation, followed by sharing a funny post from your sister. You keep scrolling and happen upon a post your cousin shared detailing everything she did and saw on her recent trip. Her post even includes a photo. You spend time reading her post and the interesting discussion about the best places to eat that had broken out in the comments on this post, but you don’t feel inclined to like or comment on it yourself. Based on the fact that you didn’t scroll straight past this post and it was on the screen for more time than other posts that were in your News Feed, we infer that it was something you found interesting and we may start to surface more posts like that higher up in your News Feed in the future.”

“We’re learning that the time people choose to spend reading or watching content they clicked on from News Feed is an important signal that the story was interesting to them. We are adding another factor to News Feed ranking so that we will now predict how long you spend looking at an article in the Facebook mobile browser or an Instant Article after you have clicked through from News Feed. This update to ranking will take into account how likely you are to click on an article and then spend time reading it. We will not be counting loading time towards this — we will be taking into account time spent reading and watching once the content has fully loaded. We will also be looking at the time spent within a threshold so as not to accidentally treat longer articles preferentially.”

This update was developed based on feedback from Facebook’s “Feed Quality Program”, a team of 700 users who go through their news feed on daily bases and write reports concerning why they like or dislike certain content and the result of Facebook survey. These reports are then reviewed during the weekly News Feed engineers meaning.

The purpose of this update is to ensure users get tailored content based on what they spend most time viewing.

What does this mean for publishers?

Well, if users spend a lot of time viewing the material you linked to your Facebook page, Facebook will give your material higher ranking and users will be seeing more of your posts.

Last year’s update was a first attempt to improve tracking by factoring reading time spent on a post. A follow-up update to the News Feed was put to action later in August which considered similar factors as the update being discussed with minor differences with the purpose of reducing Click-Baiting.

However, the update back then only tracked quick response times disregarding other factors as in when people directly close the newly opened link and return to Facebook while disregarding other factors that need to be considered when trying to calculate the time spent viewing the post such as the reading and loading time. According to the new update, it seems that the engineers at Facebook have figured out a way to increase the accuracy of calculating the reading time of content thus increasing the capacity to measure user’s interest in each link.

So if you are publishing content that’s getting a large number of Facebook users to access it, and readers take their time to read what you publish, then this update is in your favor; it will help you secure a higher ranking in the News Feed and reach a larger interested audience regardless of the number of likes and comments on your Facebook post. However, if you are publishing short posts in the style of clickbait or articles with irrelevant content to what the title suggests, chances are that you might observe a decrease in reach due to decreased ranking in comparison to other material being shared. Moreover, organization specialized in covering news stories might be observing a decrease in audience in case people click on the links only to get the basics of the story then go back to Facebook. For example, Facebook might lower the ranking of a page which publishes material that requires 10 minutes to read while users only spend 4 minutes viewing the opened page as this counts as a negative signal.

Based on the point previously mentioned, we can see how this update factors in users reading abilities and response times would be hard to put to action. Facebook notes that they will be “looking at the time spent within a threshold so as not to accidentally treat longer articles preferentially”, but how slow or fast each user reads is also a factor, dependent on what the upper threshold is.

Despite Facebook pointing out that this update “only factors in the time people spend reading an article regardless of whether that time is spent reading an Instant Article or an article in the mobile web browser” – in other words, the update does not only target Instant Articles- yet, it might be more sensitive to Instant Article, as it will be easier to track estimated content length and read times meaning that the read time will be more accurate than on other articles, thus, benefiting instant articles first than other articles second.

Besides factoring more non communicated signs on links, Facebook added another minor feature to improve content variety, decreasing the capacity for people to view multiple post in a row from the same source. This change however, shouldn’t have a big impact.

Facebook says that the new algorithm will be put to action over the coming few weeks and that they don’t predict that the majority of pages will see any big changes.