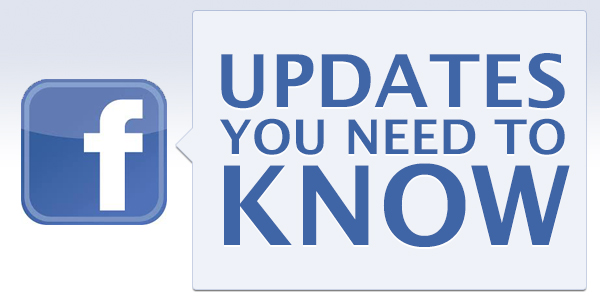 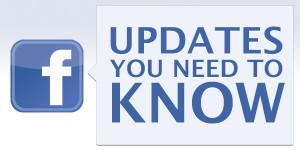 Admit it, you get a little shiver of fear every time Facebook announces a tweak to their notorious News Feed algorithm. It’s okay to admit to it, a great many brands see the majority of their referral traffic coming from Zuckerberg’s social behemoth – it’s only natural to approach any change or tweak in their sharing system with a hint of trepidation.

Today, Facebook’s announced a new update to how the News Feed works, this time focusing on the strength of the signals which determine where stories rank in the News Feed for certain users. And it’s an interesting one – as explained by Facebook:

“The actions people take on Facebook—liking, clicking, commenting or sharing a post—are historically some of the main factors considered to determine what to show at the top of your News Feed. But these factors don’t always tell us the whole story of what is most meaningful to you.”
So if your engagement with on-platform content is no longer as strong a signal of personal preference, what then?

MEASURING QUALITY
In order to ensure the machine learning elements of Facebook’s News Feed algorithm are delivering the best possible experience for each user, Facebook also has an additional, human layer in their evaluation process – a group of testers they call their ‘Feed Quality Panel’. As reported by Time Magazine, the Feed Quality Panel is a group of users (more than a thousand of them according to Facebook) who provide feedback on the content they see on Facebook each day:

“…[members of the Feed Quality Panel] write paragraph-long explanations for why they like or dislike certain posts, which are often reviewed in the News Feed engineers’ weekly meetings.”

In addition to this, Facebook’s regularly prompting users with surveys asking them to provide feedback on their Facebook experience – Facebook says they conduct tens of thousands of these user response surveys every day.

Based on this, Facebook’s able to enhance the accuracy of the News Feed by factoring in additional, human responses, enabling them to gather insights which automated elements of the algorithm might miss. A good example of this is the factoring in of ‘time spent reading’ into a post’s ranking – by studying actual user behaviors and survey feedback, Facebook was able to determine that content which people click ‘Like’ on before reading is generally not as relevant as content that’s been Liked after reading (because if you’ve taken the time to read something and then Liked it, that’s a more considered judgment of quality than a knee-jerk response to a headline). As such, content that’s liked after reading is given a bigger boost in the News Feed – something that basic interactions like likes, comments and shares alone could not have uncovered. Further than this, based upon this additional human feedback, Facebook can also factor in outside elements that might be relevant to a post’s ranking even if users never click like or post a comment. For example, a typical Facebook feedback survey question would be something like this:

Now, you might ‘Like’ that post, but how much do you like it? Given the variable nature of the question, Facebook’s able to factor in additional intent as to how much emphasis your actions may hold. In this sense, not all ‘Likes’ are created equal, and those variations are what Facebook’s looking to factor in with this new update, taking into account more indirectly-communicated cues when building the ultimate News Feed experience.

Based on these additional research elements, Facebook has determined that users are seeing a better News Feed experience when the stories they see at the top of their feed are the ones they’re more likely to rate highly if asked (via questionnaires like the above) AND are likely to engage with. As such, Facebook’s updating the News Feed algorithm to take into consideration “both the probability that you would want to see the story at the top of your feed and the probability that you’ll like, comment on, click or share a story”.

What that means, in practical terms, is that Facebook’s taking into account user feedback, via their survey responses and on-platform actions, and building that into the ranking system, giving them more factors to rank feed content on outside of Likes, Shares and Comments. Those measures will still factor in, but Facebook’s been seeing more engagement with content delivered based on these additional feedback measures.

In this sense, the update makes practical sense – Facebook’s simply using more signals, in the form of actual user feedback, to deliver the most relevant News Feed experience for you. But of course, the concerning part is how any News Feed change might affect Pages and the reach of your Page content.

So how’s that likely to play out?

“Pages might see some declines in referral traffic if the rate at which their stories are clicked on doesn’t match how much people report wanting to see those stories near the top of their News Feed. This update helps rebalance those two factors, so people are seeing relevant stories to them.”

So, if user feedback suggests that people don’t rank your updates as highly, despite them Liking or engaging with your posts, you might see a decline.

In general, Facebook says, this update shouldn’t impact reach or referral traffic ‘meaningfully’ for the majority of Pages – though the addition of ‘meaningfully’ is obviously something of a concern, as that term is relative; what’s not ‘meaningful’ to you may carry significant ‘meaning’ for me.

Facebook’s advice on how to avoid any reach penalty as a result of this update is:

“Pages should avoid encouraging people to take an action (such as encouraging lots of clicks), because this will likely only cause temporary spikes in metrics that might then be rebalanced by feed’s ranking over time.”

So the example case would obviously be clickbait-style content – those ‘…and you won’t believe what happens next’ type headlines might get your Page some clicks, but if they were to come up in a questionnaire, users would likely indicate that they want to see less of them in preference to other material, so clicks alone won’t be an indicative enough ranking factor to keep them as high on people’s News Feed as they have done previously. Basically, if you’re producing content that’s not delivering value, that people might click on but not have a huge interest in more generally, this update will weaken their signal strength within the News Feed. The idea behind this is to give users more of the content they really want, while filtering out that which they might have lesser interest in.

The update works in line with those ideals, and shows that Facebook’s taking those survey responses and actions into account when looking to improve the News Feed. And really, that’s the most interesting takeaway from this announcement – over time, and based on various prompts and improvements, Facebook’s actually training it’s users on how to improve and refine their News Feed,  giving Facebook more data on our preferences, whilst also upping the value of the platform as a service, by making it increasingly more attuned to what each person wants.

While there’s been much backlash over Facebook’s decision to move to an algorithm which determines audience interests – and chooses what to show you based on what that algorithm thinks it knows of your preferences – over time, that system has become much smarter, so much so that it’s now becoming the norm, there’s a developing expectation that user actions and preferences will have some input into their on-platform experience, and that people will have increased capacity to tailor their feeds to their liking. These days, most people know that they can improve their Facebook experience by unfollowing certain users and/or blocking certain ads by noting that they don’t want to see them. In essence, Facebook’s trained us to deliver more information to them, which improves audience understanding (and thus, the value of their ad offerings).

That understanding is, in part, what’s now hurting services like Twitter – Twitter doesn’t have anywhere near the same level of personalization or data insight to improve your on-platform experience, and users (new users in particular) are losing interest as a result. Sure, Twitter’s the home of breaking news, but Facebook knows the news of most relevance to me. Sure, Twitter can deliver great insight at great speed, but Facebook’s increasingly delivering similar, and tailored to my actions. Data is becoming the key fuel of social network success, with personalization being the output – those that fail to deliver increasingly personalized experiences will continue to lose ground to those that are tuning in, and are improving their services to better connect with each, individual user.

By demonstrating how our feedback’s being used, Facebook’s teaching us to feed them, refining the ultimate audience insights tool with our every on-platform action, every day, while also making our on-platform experience increasingly more relevant and engaging. In some ways, it’s the perfect circle, a perfect process to develop a social network. And that process is largely reflected in Facebook’s latest, impressive earnings numbers – it’s worth taking note and paying attention to how The Social Network continues to evolve the service.