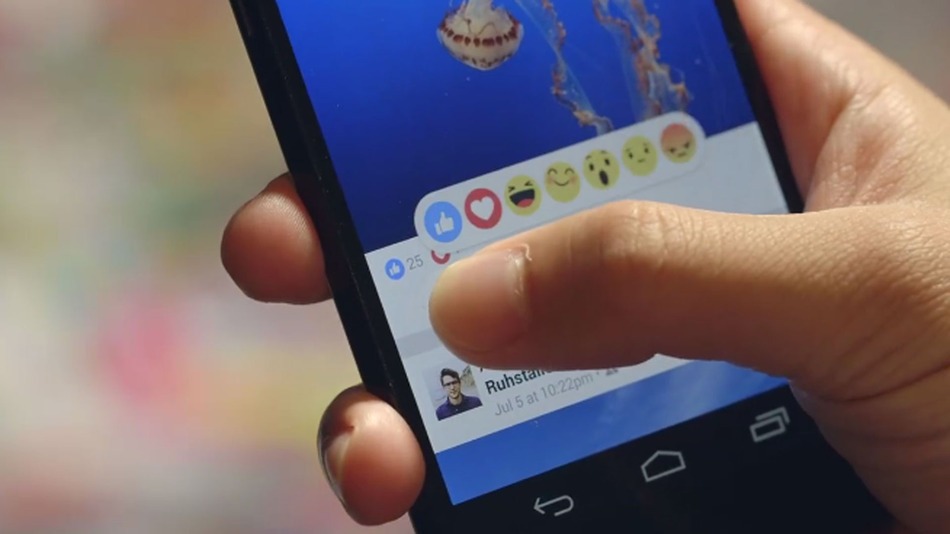 Facebook has recently launched a new method for users to express their feelings towards other users posts.

While Facebook Reactions might seem new to most users, they can be tracked to 4 months before the actual launching of the service in Ireland and Spain. This choice of countries was not haphazard; Irish and Spanish users were chosen since they don’t have a lot of international connections and Spain was chosen since Facebook wanted to test Reactions in a country in which English is not a dominant language.
After the 4 month testing phase, facebook updated the like button worldwide to include 5 new responses in addition to the like reaction.

Despite Facebook offering users a new method to express their reactions, users found one particular reaction missing, the long awaited “dislike” button. This, however, was predictable as Mark Zuckerberg stated in a 2014 interview the following 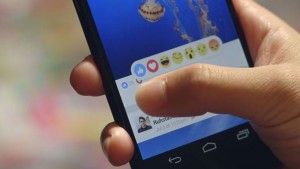 “The like button is really valuable because it’s a way for you to very quickly express a positive emotion or sentiment when someone puts themselves out there and shares something. Some people have asked for a dislike button because they want to be able to say, “That thing isn’t good.” That’s not something that we think is good. We’re not going to build that, and I don’t think there needs to be a voting mechanism on Facebook about whether posts are good or bad. I don’t think that’s socially very valuable or good for the community to help people share the important moments in their lives.”

In other words, Facebook does not want to become a platform for expressing negativity which leads to negative user experience especially that Facebook wants users to stay connected and interacting for as long as possible. So, nobody is getting a dislike button anytime soon.

But how and why did Facebook choose these 5 particular reactions? And will these reactions change the approach towards advertisement and marketing on Facebook?

According to an interview with Geoff Teehan, Facebook Product Design Director, posted on Medium, the process of developing Reactions was a complex task that started over a year ago.

The first question was which reactions will be used beyond Like. To figure this out, the product design team at Facebook studied the usage of the Facebook emojis (stickers) and single word comments as wow, lol, rip, lmao…etc. This gave the team a better image of how users communicate on Facebook, and how communication has evolved among users now that there is an increased usage of Facebook on mobiles; given that mobile users tend to use more emojis as shorter, easier, and faster means of responding.

The study, followed by several international surveys helped narrowing down which were the most used emojis; like, love, haha, wow, sad, angry, confused, and yay. “Confused” was not shortlisted for the live testing phase, while “yay” was a bit confusing for for Spanish and Irish users, so it was dropped out.

Next, the team had to figure out how users would use and feel about these reactions. Several trials were conducted to determine what the new reactions would look like, options ranged from basic line drawings to animated faces. Once the key image sources were narrowed, the team started testing animating the responses and how to making each emoji more context related. Moreover, the team had to figure out how reactions would be displayed on posts (the display of reactions was called “bling string”). Eventually, the decided that the bling string would show the three most showed reactions on the post, in addition to who of your tops friends interacted with post.

Finally, after finalizing all the details, Facebook announced the launch of Reactions in hope of “a more empathetic Facebook experience”.

Now that Facebook is more empathetic and allows people to easily gather data on how users feel towards their posts, how will this affect users engagement in posts? What about Facebook advertisement marketing?

During the testing phase of reactions, Facebook ran an extensive study to figure that out, having a sample size of 32 million posts, and in short, they found that people get more likes when they posts positive material whereas negative material gets more comments. Of course, back then we couldn’t click like to a post that said “R.I.P. Grandma”. But after reactions, we can simply choose the sad reaction to express our condolences instead of writing a comment. This is how several critics believe Reactions will reduce post engagement on Facebook.

On a broader level, brands and business might be affected negatively from this, as user feedback might be summed up with a couple of emojis instead of having detailed consumer reports on what they like and don’t like regarding the service being offered.

So did we enter the era where people just scroll and click a pre-determined reaction to a post? We should give that some time before we jump into conclusion as business differ (so do the costumers) and so will the experience with reactions.

Some business will benefit from reactions, as they will be able to correlate the users response with outcome. Of course, this is where Reaction analytics start emerging and help business understand what “50 likes, 75 love, and 300 angry” mean. Since businesses can easily determine who is interested in their products, they can easily target those people, and regard the other 300 angry users, or look into the reason 300 users where angry at their product. But then again, this might make things a bit difficult as people did not comment on the reason they got angry at the product.

This brings another issue up, which is how Facebook displays posts, or the algorithm. If you are viewing the “most popular” thread, Facebook shows posts and ads that got the most likes… and it still will. Clicking angry to a post will still be registered as a like, so if some ad got 50000 angry, it will still show in your thread.

What if Facebook start showing only posts and ads that get positive reactions? Facebook won’t know if you want to see more posts that got negative reactions. What if you want to know more about a subject that made everyone angry, and Facebook decided not to show such subjects, how will we get the information then? This hasn’t been determined yet, and as we previously said, all reactions are registered as a like, so it doesn’t really affect the algorithm (YET).

On the other hand, tools and applications might be developed to help get better readings and interpretations of the reactions, something that might boost Facebook marketing.

While several advertisers portrayed these reactions as a curse, they disregarded the absence of a long awaited dislike button (something that would have been devastating) and the several ways they could use these reactions in their interest.

Reaction can be used to encourage consumers to use a certain reaction to a post, for example first 50 lovers get a discount coupon, or helping them figure out which post should they boost based on the users reactions (a quick view on the insights menu will show you which posts got the most positive feedback, so normally, we would boost the posts with positive reactions).

Do you think these reactions will be for the greater good of social media marketing?